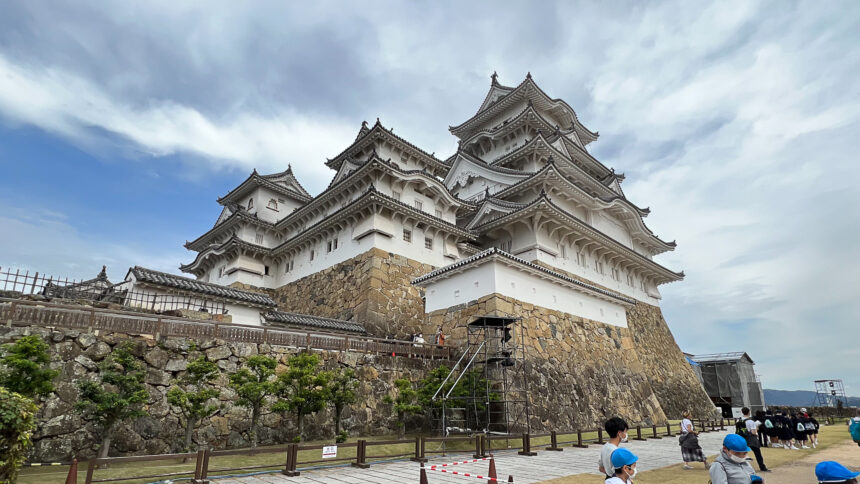 If you visit Kyoto, please extend your legs to the Himeji Castle located near JR Himeji Station (1 hour train ride by Shinkansen from JR Kyoto Station). It is a National Treasure castle and designated a World Cultural Heritage Site by UNESCO.

It has been nicknamed “White Heron Castle” for its exterior being white in color. The white plaster or mortar is widely used as a construction material for it being water-and-fire-resistant.

Another story behind White Heron Castle is that Ikeda Terumasa, the feudal load who built the present white Himeji Castle in 1610 was one of Three Greats serving Tokugawa Iyeyasu and Ikeda Terumasa responded to Tokugawa Iyeyasu’s taste for whiteness. FYI, Tokugawa Iyeyasu overthrew the Toyotomi government and became the new ruler of Japan, establishing the Tokugawa Shogunate in 1603. It ruled Japan for 260 years until the middle of 19th century.

BTW, there is a castle called “Black Crow Castle”. You may want to look into a blog about the black castle. 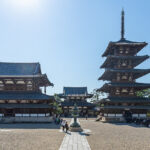